Naoki Fuku is a Japanese artist who was born in Tokyo. He moved to London where he started to focus on his artistic career. Nowadays he is residing and working in Germany & Switzerland.
His work consists of object works, paintings & installations and often takes a mixed view on social, political and cultural issues in both systematic as well as poetic ways, inviting the viewer to move into a space of speculation. The media coverage of world affairs is one of his main sources of inspiration, while the feeling of modernity is hidden in most of his works. His object works are placed in the canon of the western culture, attempting to make visible what might be overlooked in today’s modern life.
The artist’s work has been exhibited at galleries, museums and alternative venues in Japan, USA, Switzerland, Germany, England, France, Austria, Brazil, the Netherlands, Spain and Russia

Naoki Fuku’s oeuvre is a critical approach to the controversy of the human existence. It questions the social and political situation of the individual in its original cultural environment. It is all about existence and ways of coping with it or getting around it. His two new work series Babel in my Mind und Study of Human Mind play with the concept of identity. On the one hand they make identification difficult if not altogether impossible and on the other hand they manage to give a striking picture of a complex inner world.

One could look upon people’s identity as a multitude of layers. Knowing all the layers, however, does not necessarily mean to really grasp the identity behind them. The artist is playing with these layers he is putting them on top of each other in a constant process of hiding them. A human being’s identity can be explained as a multitude of layers but also as a conglomerate of characteristics. Hiding those characteristics means taking off facets and showing another existence. The works seem to be variations of one and the same man showing a multitude of personalities and characteristics. Thus this variety helps the viewer to see traits of the person behind them. It culminates in a game about how much the artist has changed what the viewer is looking at. The artist is playing with the viewer’s perception and expectation while showing a remarkable array of identities. Fuku creates new identities and shows the inner life of the resulting characters while playing with the layers which are quasi wrapped around it to represent inner horrors and convulsions in a very expressionistic way. 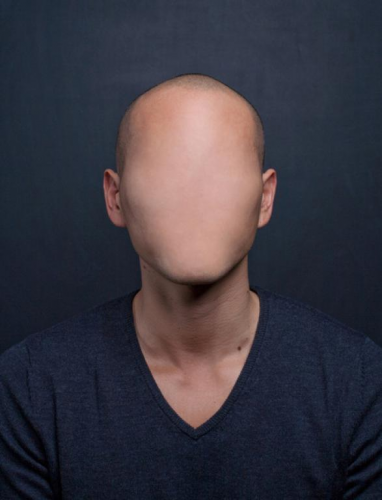 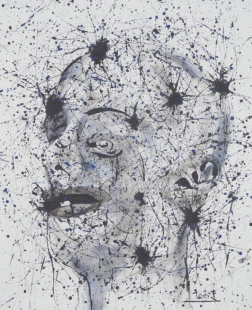 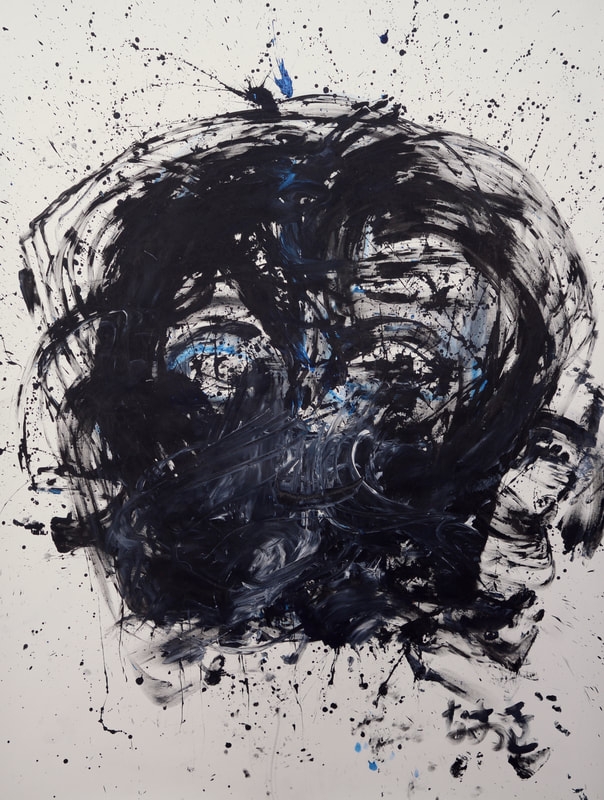 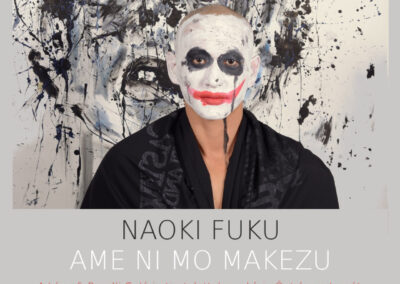 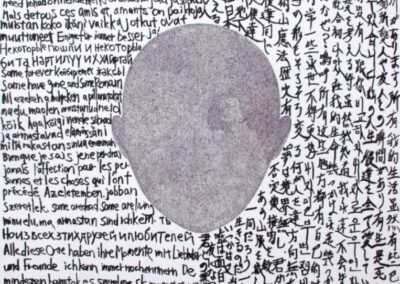 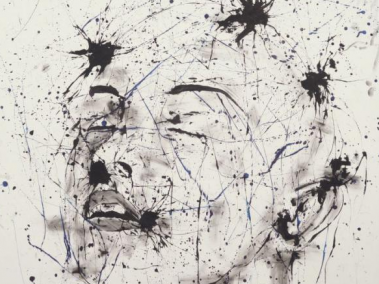 STUDY OF HOMAN MIND I.