I have been experimenting with the possibilities of the sculptural utilisation of thin rubber shells, primarily through the study of the human body. The central theme of my sculptures is the human figure and face. However, I reinterpret the classical theme with a specific approach, formal language, and choice of materials.

I rely on the traditional methods of sculpting portraits for my work depicting large heads, with the difference that I shape the various faces enlarging them to a frustratingly large scale, deploying a somewhat classical, reserved and distant attitude in form. The sculptures, modelled initially from clay, were only intermediate stages in the creative process. They were brought into existence only to be destructed, as their sole purpose was to provide a mould from which I would take a rubber negative, which I subsequently exhibited, installing and hanging these on the wall. The result was the distortion of perfection, the freefall of a detached, cold attitude into deep drama. The forms of the face collapse under their own weight, letting the beauty and exaltation of the idealised figures disappear, leaving only occasional fragments referring to the lost original of the skinned figure.

My notions concerning sculpture stem from the formal traditions of classical art history. However, my methods connected to spatial expression raise contemporary questions: how can one use the sculptural tools of realism to describe the contradictions of present-day existence and self-definition? My monumental, overarching sculptural response to this issue highlights precisely the numerous contradictions, as my installative groups of works are the imprints of the relativity of three-dimensional sculpture, of the plasticity of well-known structures and the fragile nature of perfection. 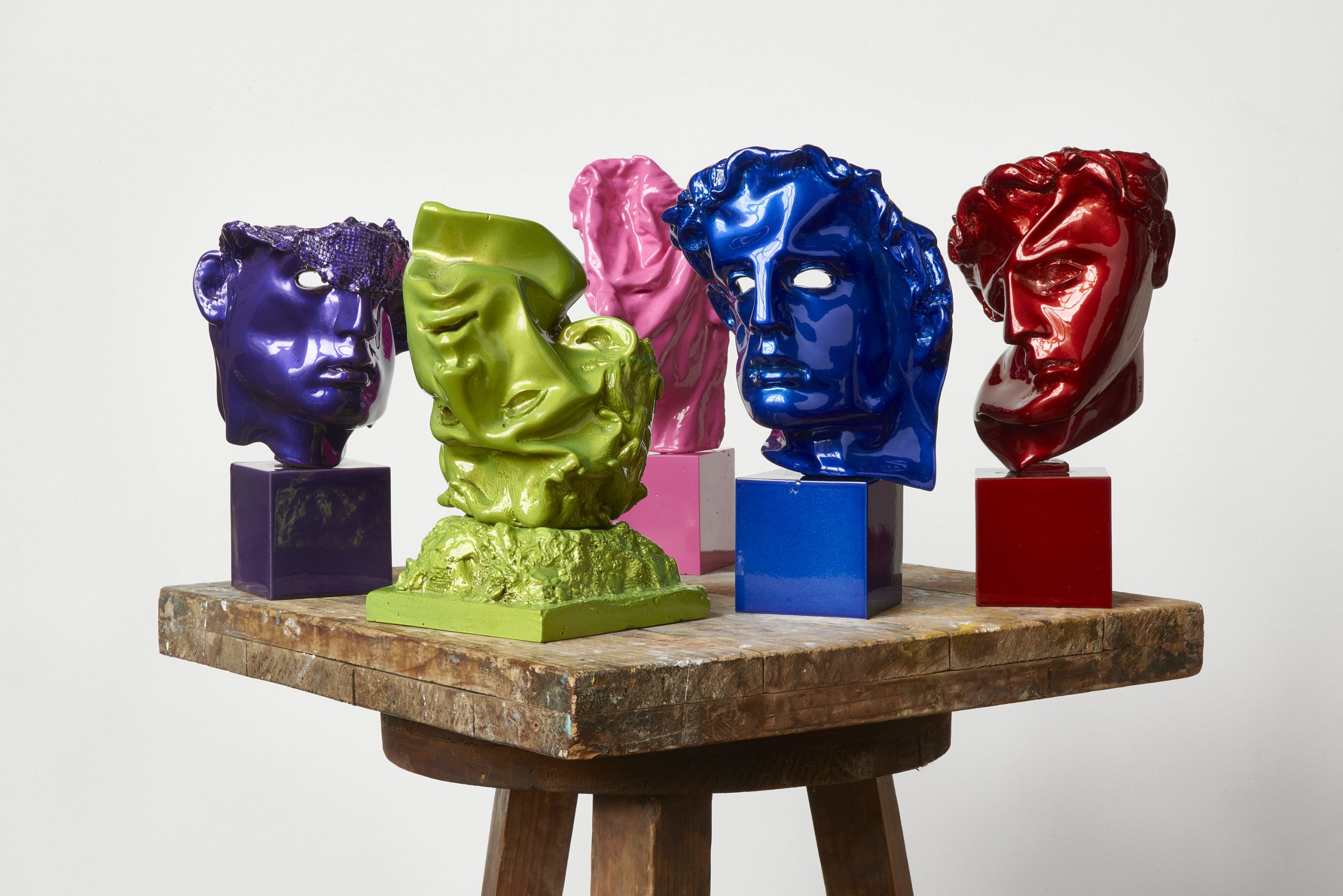 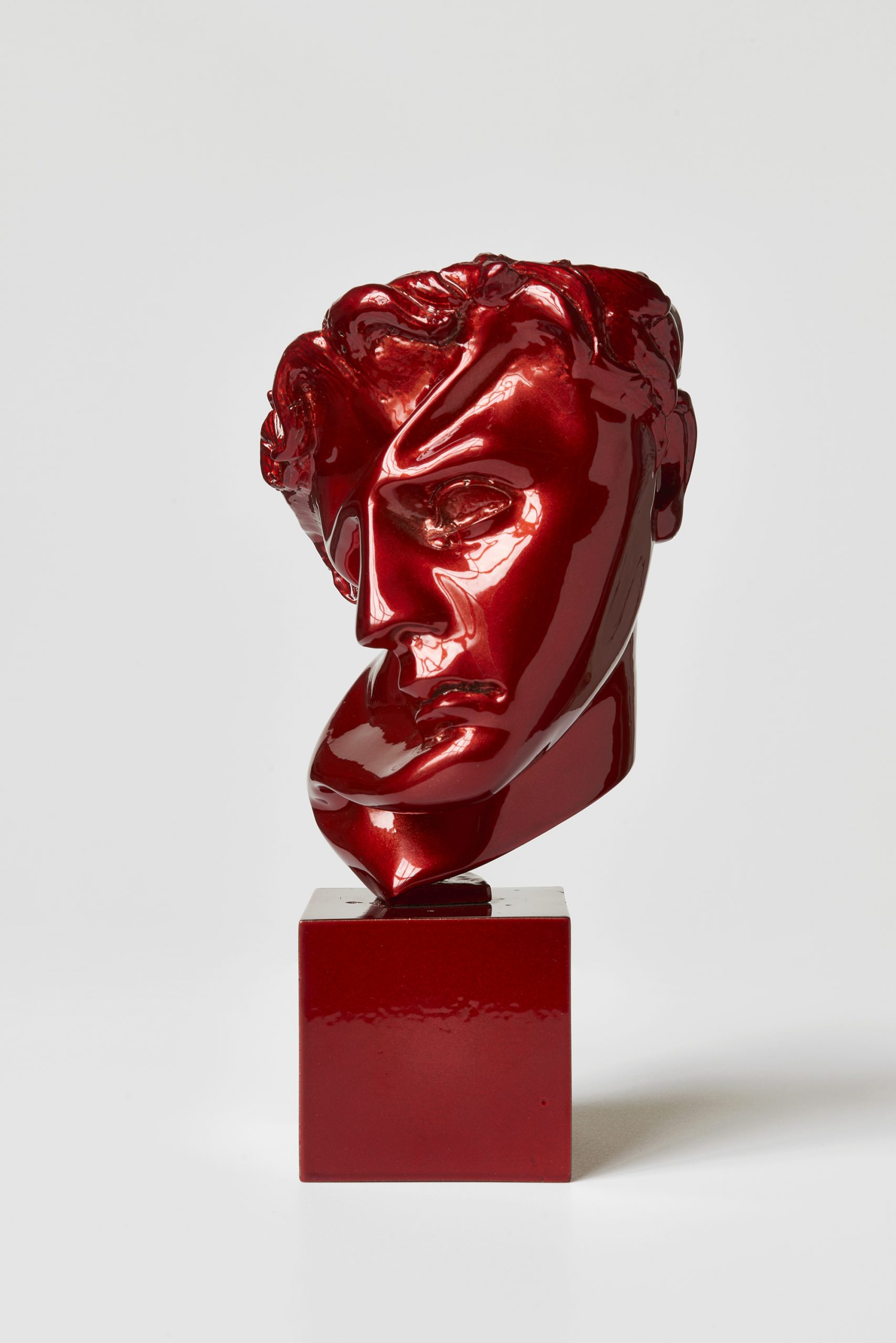 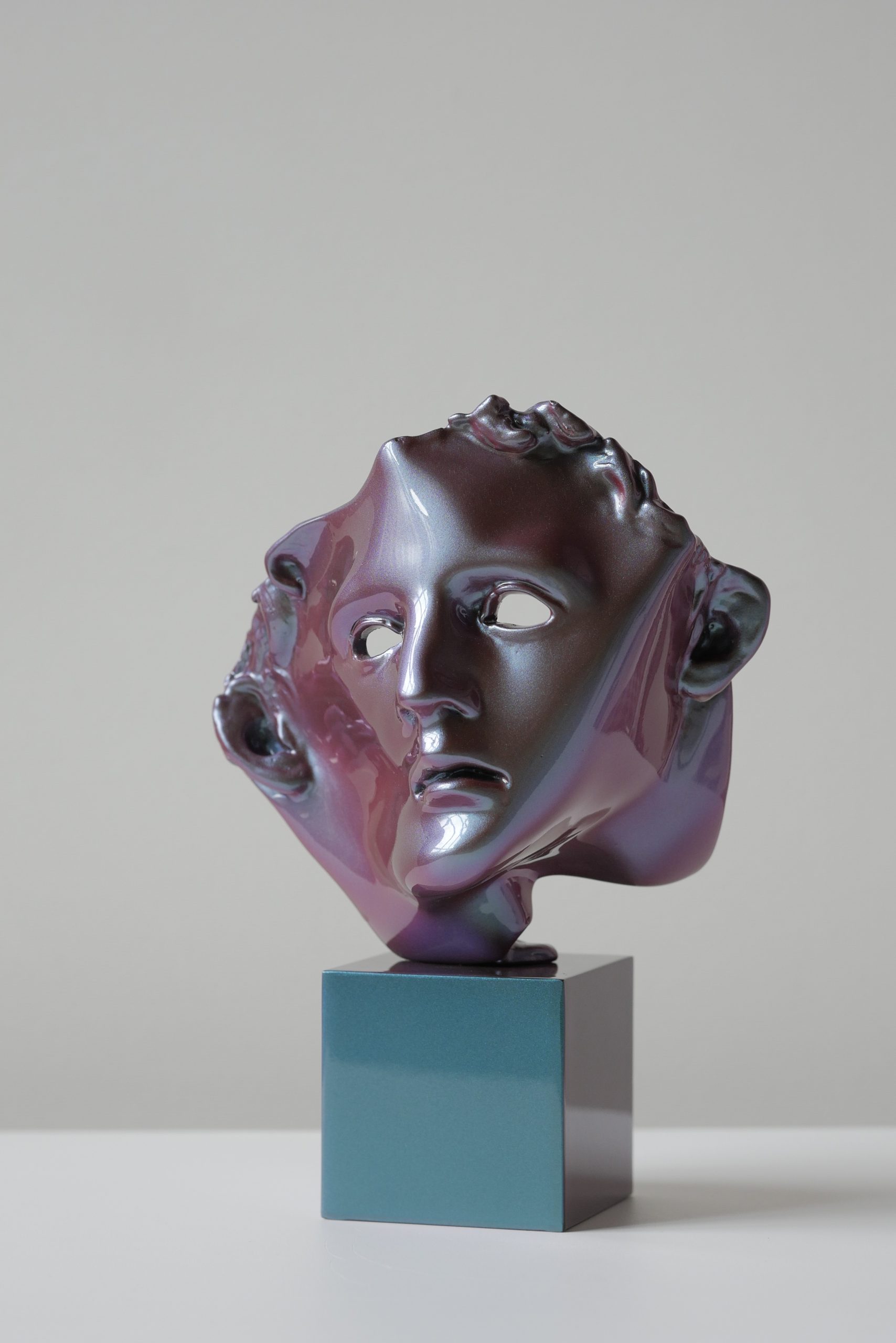 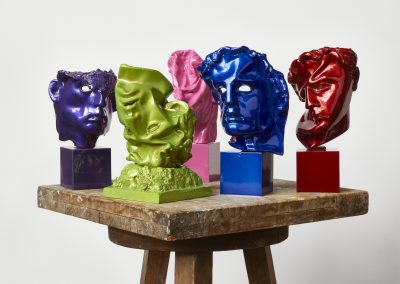 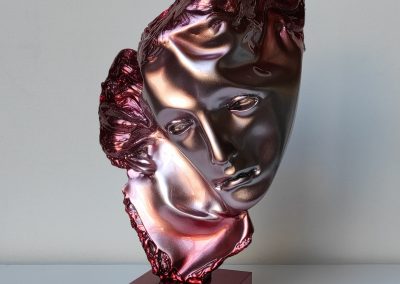 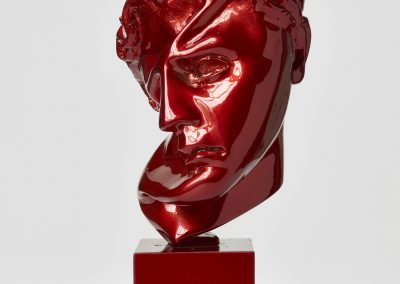