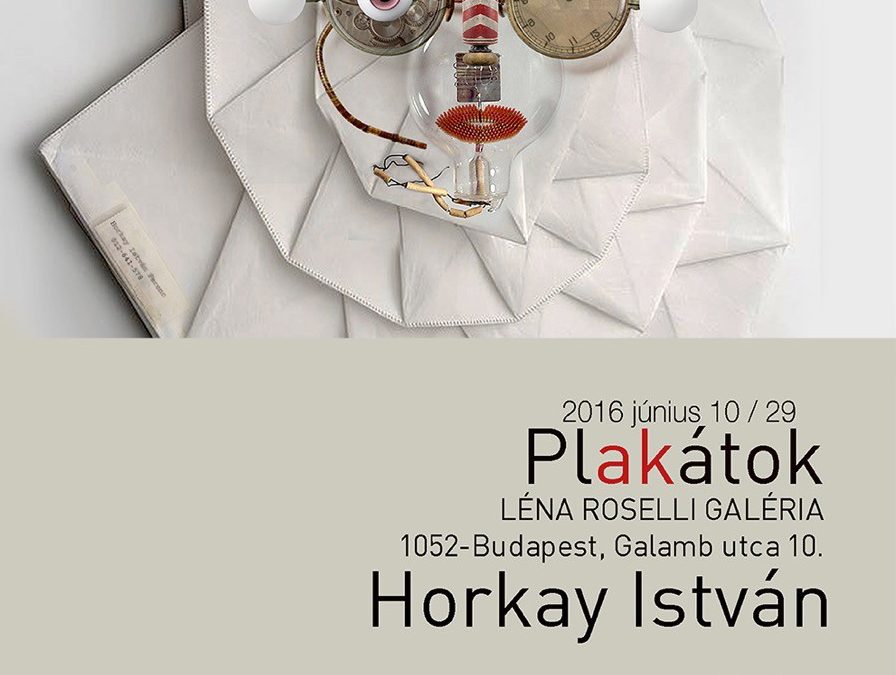 Léna & Roselli Gallery is happy to host “Posters”, the exhibition of poster designer István Horkay, between 10 and 29 June 2016.

István Horkay is a freelance graphic artist, poster designer, animator and filmmaker. The artist has a great significance in Hungarian and international cultural life. He works in an extremely conscious way. For him, to be up-to-date and modern mean above all the constant analysis and innovations of the thematic and formal elements. Moreover, it means also the consequent avoidance of the usage of common places.

Horkay’s art is epitomic in the double meaning of the word. A fragment, an incised part of something already in existence is an injury to the finished surface. This relies on the experience that man, handing himself down through signs, simulates a kind of sense-wholeness.

The works of Istvan Horkay were appreciated by several of the most relevant issues of graphic design: Graphis Portfolios 2015 and Varad 2015.

He was invited to important international exhibitions. In 2005 he took part to New Media Installations QUT Art Museum, Brisbane, Australia and in 2012 to the The Little Mermaid, ANU Art Gallery, Canberra, Australia: Peter Greenaway & Istvan Horkay

Istvan Horkay is an active member of the Hungarian Poster Association.