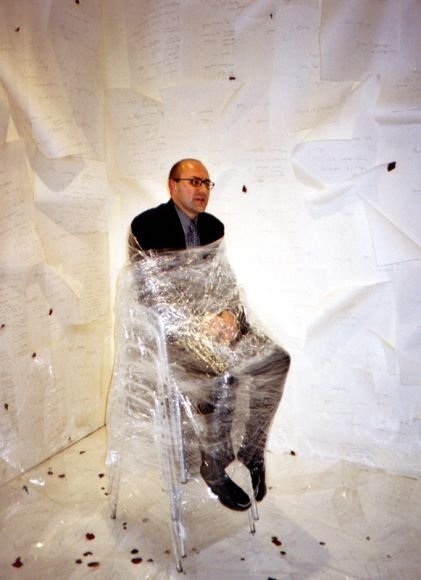 Léna & Roselli Gallery is glad to announce its upcoming exhibition “HISPANIA”, by Jordi Pallarés.
It will open on 29 May 2009 at 5 p.m. in the exhibition hall of the Szentendre Old Artists’ Colony.
The exhibition is organized by the Museu d’Historia de Catalunya in Barcelona and the Hungarian National Museum in Budapest, representing a new chapter in Hungarian-Catalan cultural relations.

The organizers hope Jordi Pallarés’ first solo exhibition will worthily represent this internationally recognized artist. His art is highly influenced by Spanish culture, his works – about life and death, about the individual and the community – evoke ancient rites.  Symbolism of form and color, expressive and dynamic brushstrokes are nourished by several sources: from sacred traditions to 20th century European and American avant-garde art. Besides abstract works about existence and destiny issues, you can view Jordi Pallarés’ unique portraits and works inspired by bullfights.

At the opening of the exhibition the famous dancer Andrea Lippai will perform.
At 7 p.m. at the Léna Art Salon one of Pallarés’ films will be screened, “Taller” (Workshop), that provides an insight into the artist’s world.
Thereafter, during an informal conversation the artist will respond to the audience’ questions.

Read the article in its original Hungarian version: https://artportal.hu/magazin/hispania-jordi-pallares-kiallitasa-szentendren/